A review for Govi Thaththa Movie by Ms. Hasitha Dharshani 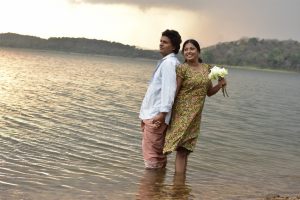 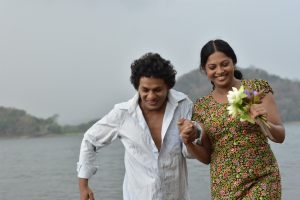 “Father, the Farmer”, a love poem for the earth. His own aesthetic art. This is the best film in the country for the development of the social attitudes of degenerate people in the third world. In particular, the budding filmmaker has consistently made a soundtrack to the soundtrack of the film. In this case, the music in this film is very much exalted. There are only two vowel associations. For the sake of classical music including classical symphonic music, the film attracts the audience with a marvelous aesthetic. Did I mention it is scientifically explicit? Darshan Ruwan Dissanayake, a wonderful film musician, has created a lot of great music in his father, the Farmer film. As a filmmaker, this is especially so. I believe a lawyer is entering the film industry. I think that is probably why Ray, Chaplin, Sanjay Leela Bhansali, and others are successful in cinema. Because music can only convey emotions that cannot be said in a word. This is often the maximum of an intelligent musician. In the music of the film, the two vowel elements that come to the forefront of the music are constantly blending into different musical traditions. Taking the opportunity, the subtle moods of the intelligent spectator vibrate It is to build a vision of Ruwan maker and the line in the movie success. It shows that Darshana is a great person not only for Sri Lanka but for the whole world. From the beginning to the end of the film, I felt that no other filmmaker in Sri Lanka had ever been able to understand the aesthetics that have been built through the use of code. It is a matter which we sincerely appreciate. This is a movie you should watch and enjoy since the filmmaker is not hypocritically condemning the budding filmmaker with his own criticism of criticism. In this film, the protagonist who first dives with an aquarium in pure water finally uses a cinematographer to create a story about a fish lying dead in a paddy field with dirty oil. In the 90 minutes of the film’s run, using the radio as a symbol, the social transformation and the social tragedies that prevail in the Agra-cultural economy that breaks with the open economy of 30 years is remarkable. In agriculture, the farmer is a poet, teacher, and environmentalist aesthetic This filmmaker carefully builds upon the manner in which Vadie was acting. The genuine farmer is the oldest of the multinational corporations that have caused the drunkenness, the laziness, the war, the farmland, etc., because of the attitudinal transformation of the people in the eco-friendly humanitarian agro-cultural economy. Deep sociological factors such as alienation from the great peasant culture Science is very sensitive to beauty It’s jailing successful in film. From the very beginning of this story, the Kuwaiti multinationals, who have been promoting low yields in low lying zones, have gradually poisoned the earth with the use of agro-oil fertilizer introduced to a beautiful village in the ancient self-sufficiency of the land. A healthy farmer is a kid The invasion of the disease housekeeper, briefly summarized the “Father, the Farmer” very aesthetically built-in film.

Maley’s character is very sensitive to the vulnerability of children in agrarian family corporations, especially when women go abroad. Similarly, the gradual poisoning of the earth will lead to the deterioration of the health of the buds of tomorrow. According to How to Clean the Blood, she is using a plastic plaster in her hand and the phrase “Balagiri’s error is not tomorrow” is gradually transformed into a farmer’s grave friend, a cinematic symbolism of poisonous fertilizer oil by multinational corporations. The head-dressed snake gradually transforms into the Devil’s head, yielding high yields to the spirit of the dangerous poisons of the earth to collect recommendations for the use of multi-national companies. The movie ends with the boy watching the boy crying. In the original catalog music, from the time of the old agrarian culture to the present, the human foot is a left hand on a bicycle with a swollen, and finally a stopping kumbagas shell in it. I see it as a cinematic build-up to the audience with major features of kidney disease. Sleepwalking is a shrinking thorn. This is a great movie-style use. At the end of the film, I See the Culmination of the Film, the song sung by a great Sri Lankan personality, “Senanayake Weraliyadda”. The song and the music will shock all the fans in the entire theater. Then the film’s story of proponents will be sensitive to the audience. I have seen tears welling up in the hearts of all people. In The Closing Catalog, The Human Foot Rides To The Right Back To The Bicycle, Where We See How The Sick Man’s Leg Transforms Back Into A Healthy Human Leg. The music that goes into the film’s climax is just a few words. “The sky is falling and the earth is shaking ….. Humanity is the fragrance. The final water break. In a wonderful earth. Dying love” sachini nisasansala. I would rather name a movie than a movie, which complements its aesthetics. Darshan Ruwan Dissanayake as a filmmaker completes the film as a filmmaker. One of the greatest filmmakers in our country I wonder if it has ever been possible to deliver such a socially important message to the society. The main reason for this is that I am working for a political party in Sri Lanka that is anti-social or anti-social. Whether you like it or not, that is the truth. It is also interesting that the filmmakers use it as a mockery of the authorities and their elite. Aesthetically Taking People to Build the Future This is the summary of the film, whether you like it or not. Sarath Bandara Kokwewa, an intelligent farmer, produces a classic example for all Sri Lankan filmmakers. Technically, the most successful Dolby atmos sound combination in the world is a Sri Lankan cinematographer’s achievement. The only Asian filmmaker who has done all this alone is I believe she was a musician named Ke. So for us Sri Lankans, it is an honor for us. Finally, this is what I suggest. As Sri Lankans, we must protect such artists with their lives.